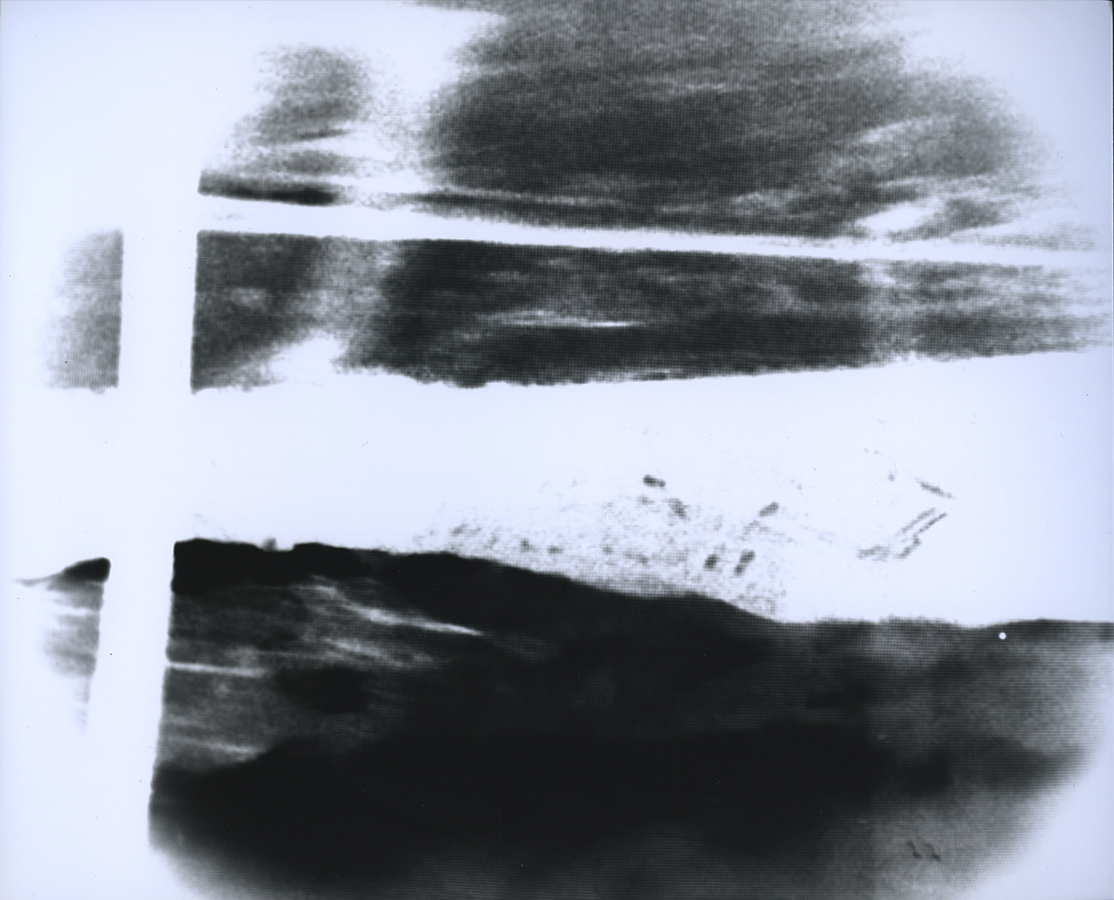 Darkroom photography has always held a fascination for me. There is something magical about taking a photograph in one place and then summoning its appearance in another. I think it’s the closest to alchemy that I’m likely to get – but what is more exciting than following the rules of the darkroom  – is breaking the rules. I met Joanna Garrett, a specialist in ‘experimental darkroom’ in 2017 and she has had me hooked ever since.

The experimental darkroom differs from the traditional darkroom in a number of ways – mainly that it there is no ‘right’ or ‘wrong’ way of utilizing it, the aim is to find a methodology and aesthetic that work ‘for you’. Through trial, error and lots of research, we are working collaboratively as well as individually in order to develop new bodies of work.

This way of working fits with my printmaking and installation practice and the thrill of finding something that works, as well as subverting a traditional method really excites me. To read more about my experiments with softground etching click here.

For more information on my worked with sensors, animation and sound click here.

Location Adrift is a body of work that I have been with for a number of years and it is something that I don’t think will ever be officially ‘finalized’.

I started taking photographs of ‘nonplace’ or places between places when in school. I have always been fascinated with capturing images in transit, rather than picking a place, setting up a camera and documenting a place in time. By taking pictures whilst in motion you get neither one place nor one time, you capture transience, one thing becoming another; this, I think, is a more honest and accurate expression of existence.

These images have another layer of abstraction from traditional photography, in that they are exposed to photographic paper directly from my phone. Rather than using a negative, I opened images from my website on my phone, inserted the phone into the negative carrier and used the light from the screen instead of a bulb. The resulting image is an inverted, reversed and pixilated image, that physically exists – taken from the temporal environment on the internet.

Watergrams physically capture a moment in time and balance out the ephemeral nature of the digital darkroom.

The watergrams provide a snapshot of water in motion. The streams, striations, progression, and flow are captured on the photographic paper. They form rhizomes, rhizomes are systems with no hierarchy, no top or bottom, no beginning or end, they are democratic in existence; with all aspects of the image holding equal importance.

I find them reminiscent of x-rays or medical samples, their organic ‘feel’ is uncanny, in that anything may be read into them, they are strange and familiar in the same moment. To me, they are pure, they don’t just represent a moment, they are a moment. Unlike the digital darkroom, which is manipulated reality, out of space and time, these are a reality. They are a moment in space and time.

I intend to carry on developing this work with Joanna Garrett and we hope to be exhibiting a selection of works together in the near future.